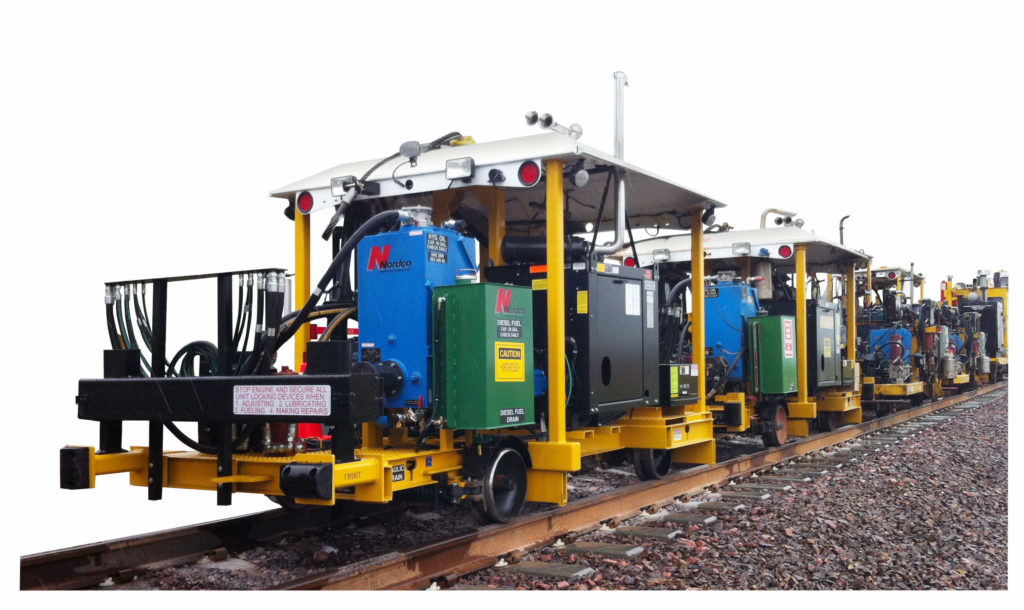 The NORDCO Model Super Claws Single Rail Spike Puller is a compact, simple machine which will simultaneously pull two spikes from one rail, one from each side of the rail. The simple, yet powerful spike pulling mechanism pulls spikes where others can not, such as around joint bars using the patented Nordco Claw. The rugged hydraulic and electrical system components insure reliability for minimum downtime.